I should have known that writing the words 'one big happy animal family' would jinx things.

That's how I signed off the last post, voicing my concerns that Pepper would get into the yard and kill the chickens.

Pepper hasn't proved to be a problem at all and the few times she's gotten up close to the chickens now she's been very mild.

Either way, she's been a much calmer presence. Shortly after driving over her foot (full recovery expected) I went to check on Gloria and Eunice.

I found Gloria perched precariously in a very damaged coop, a flurry of feathers around her. When she got up and moved, I saw she was in fact sitting on top of a two-metre long python.

As someone on Instagram pointed out, she was probably just trying to hold him down until I got there. 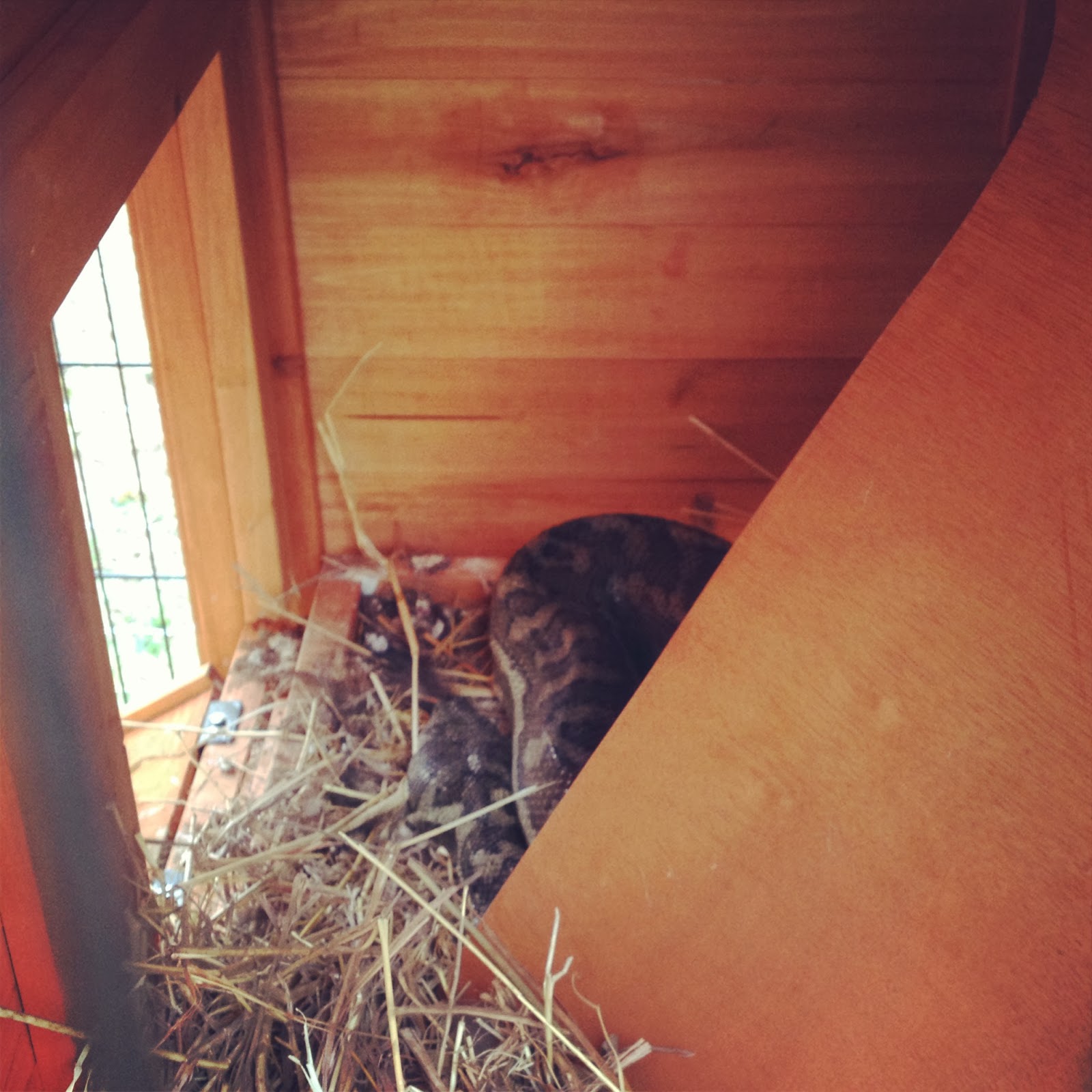 Look, I probably don't need to tell you that the news regarding Eunice isn't good. She had a short life, and I hope she didn't suffer too much at the end, but given the chaos in the coop I fear it wasn't exactly a quick demise.

Our neighbours were quick to come and take the swollen python for relocation, and bring us a new chicken which Lucinda has christened 'Little Fella'. 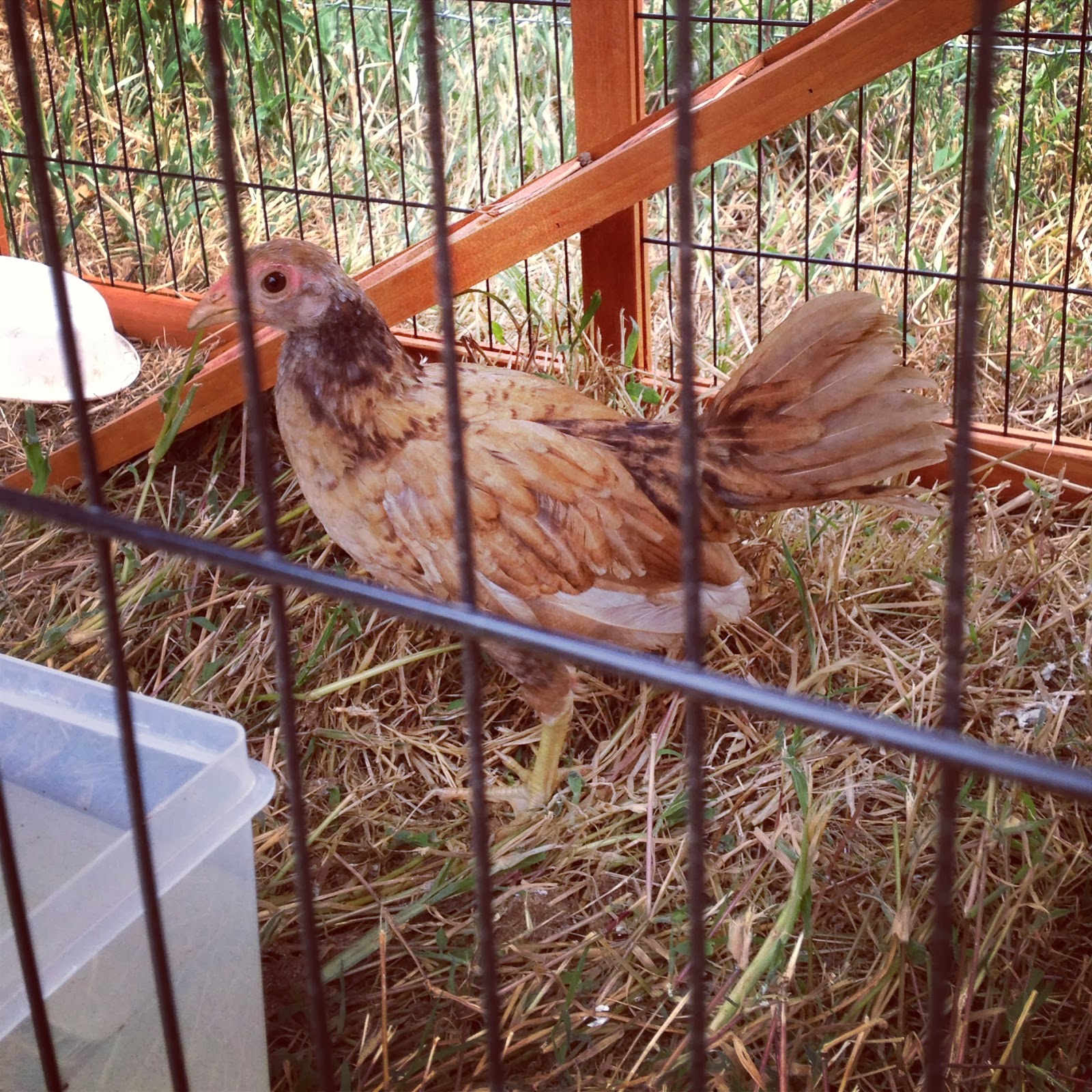 When Little Fella was eventually taken to the yard, Gloria was not in a great state of mind. She climbed up on the post in the corner.

Everyone tried to talk her down. 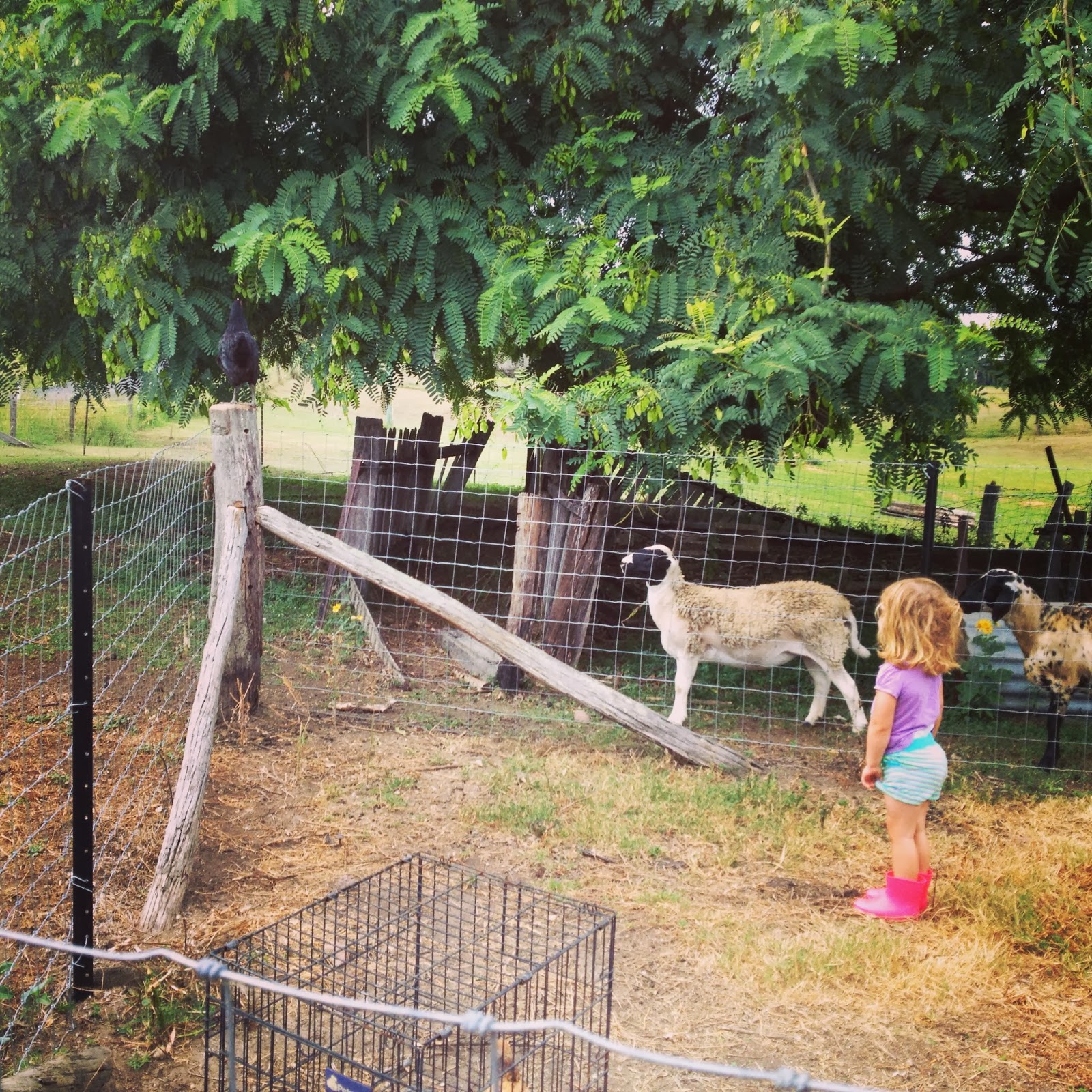 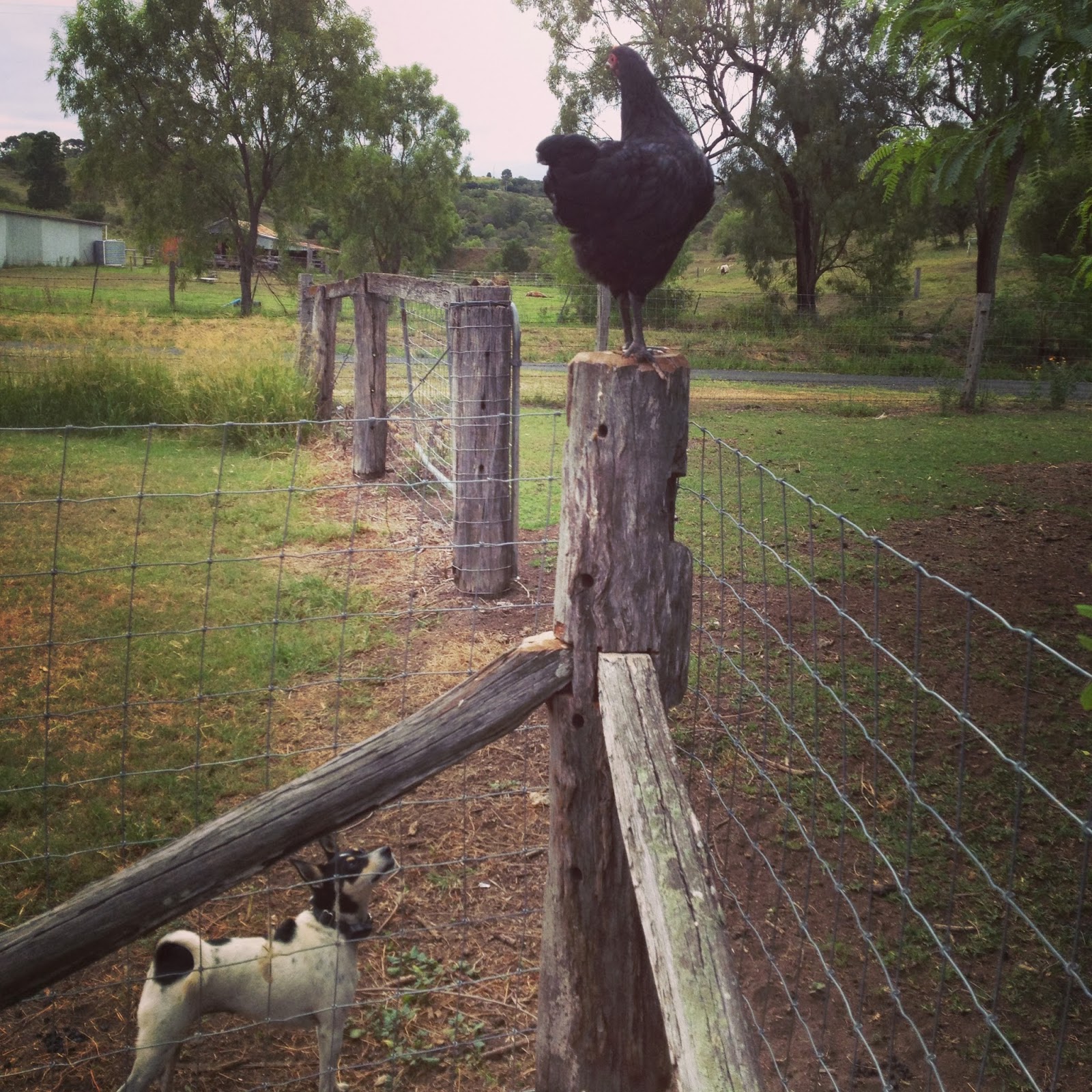 That didn't go so well. 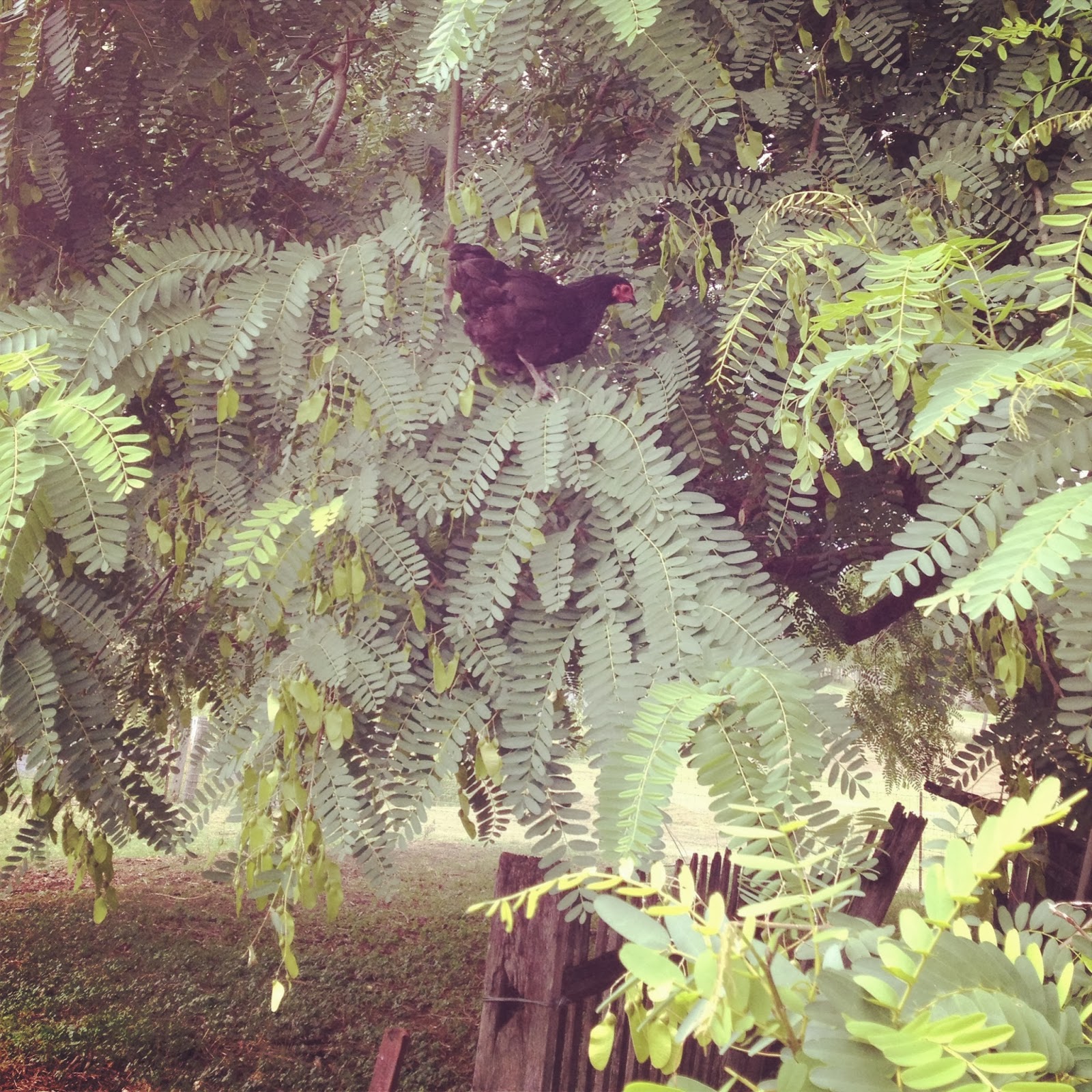 So began a two-day period where Gloria went rogue, living rough in the out buildings and generally being sighted at unexpected times and places. 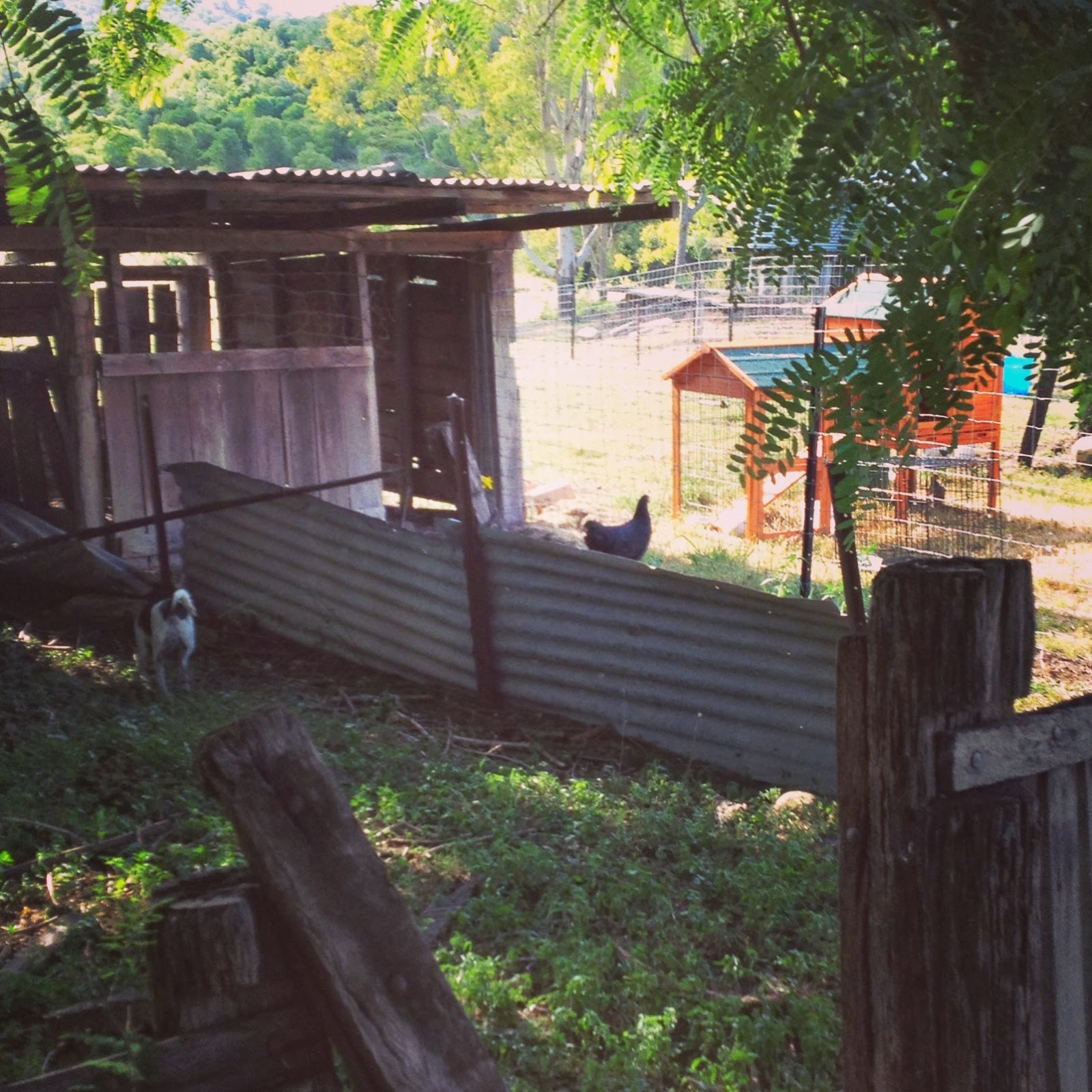 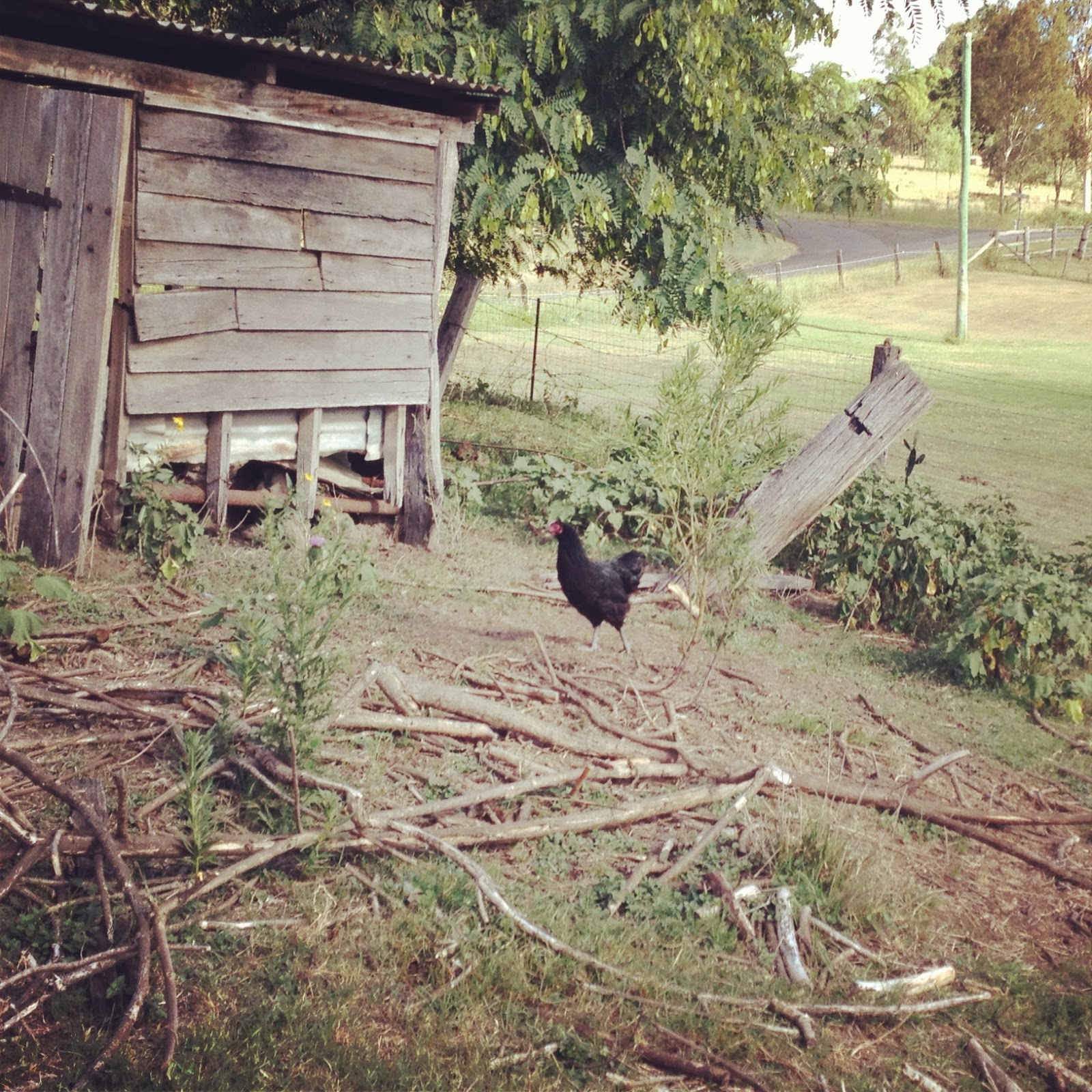 I'm happy to report Gloria is now safely back in the yard (well, safe might be overstating things, given the fate of her friend). Little Fella seems to be settling in nicely, the python has been relocated and, for now, things are again peaceful.
Posted by Unknown at 6:57 PM