Scooby the pony has been trying to make friends with some of the wallabies that come and share his space in the early mornings.

He's not having much luck, poor old Scooby. Wallabies are pretty haughty souls. 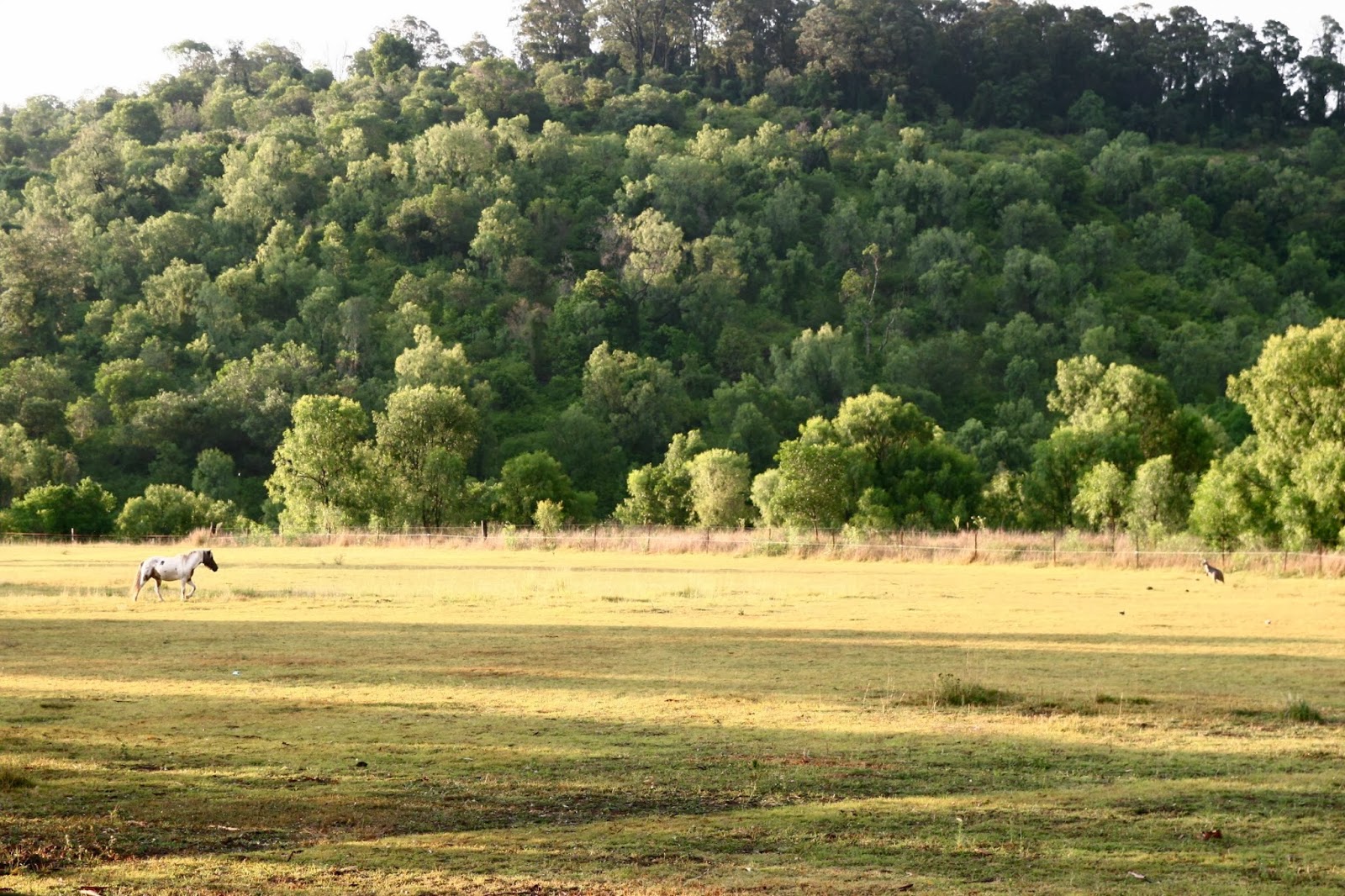 We see a lot of wallabies around here. The road we take into Laidley usually has at least four or five on it. The other morning, on an earlier-than-usual dash down into town, I counted about 30.

This one even posed for a photo. 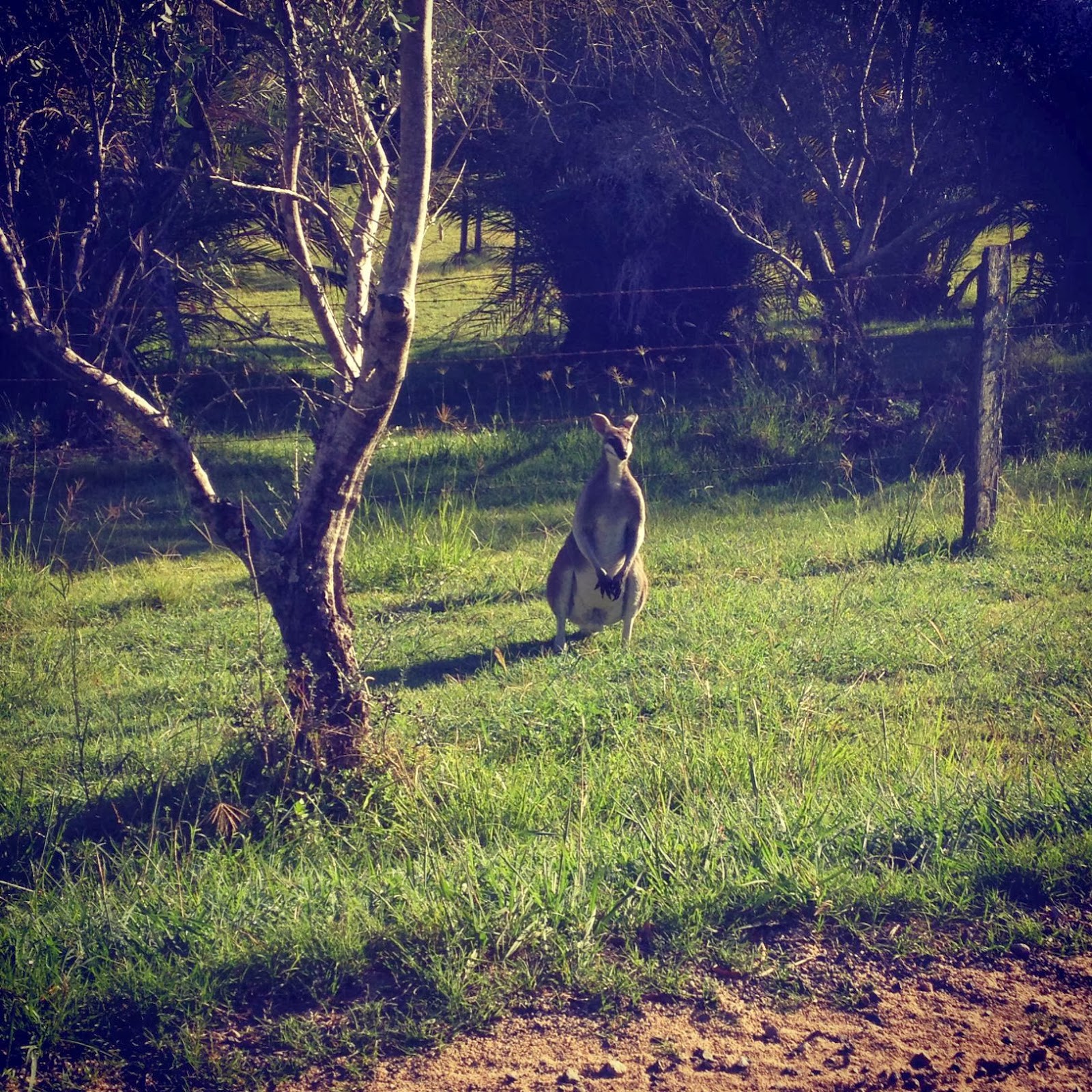 They look sweet, but they have terrible road sense. Lu calls them 'karooms' (for kangaroo) and gets very upset when they try and throw themselves under the car.

Meanwhile, after a few last minute additions to the yard yesterday, Lu and I drove up to our neighbour's and picked up a couple of chickens. 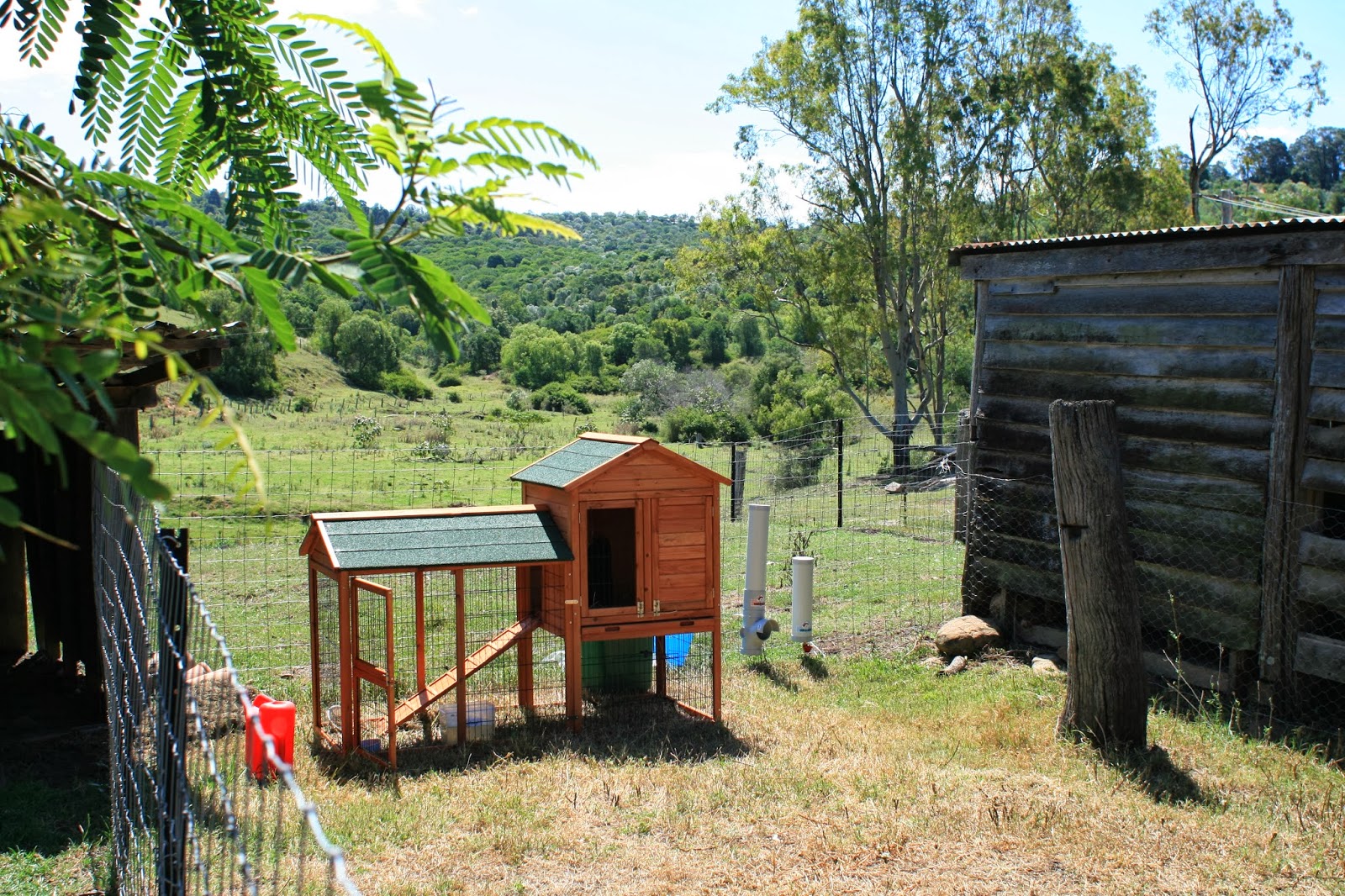 This is Eunice. Or Gloria. I can't tell the difference yet. Maybe I never will be able to? They look very similar. 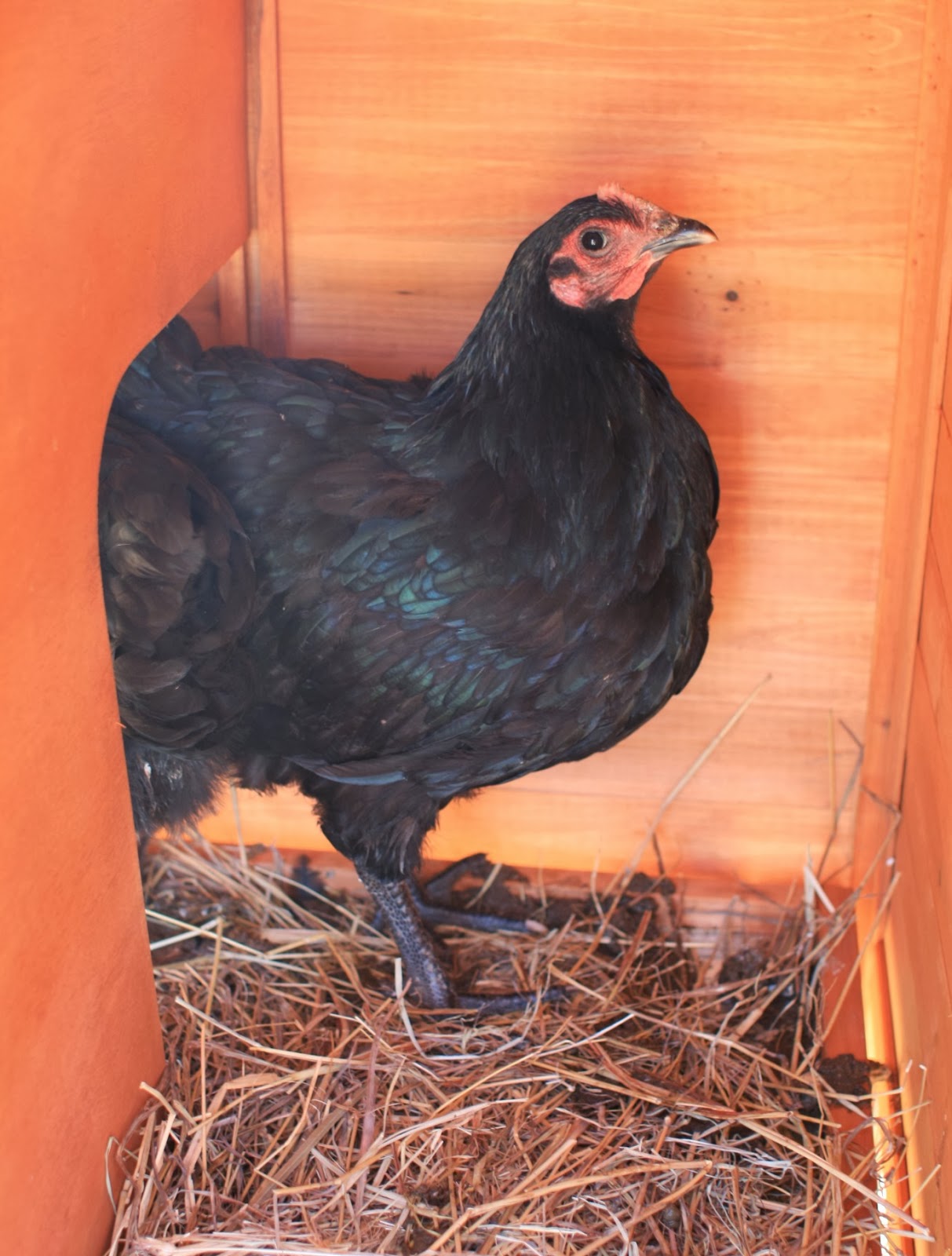 They're pretty skittish, but I can't say I blame them. Pepper, our fox terrier, has been trying to work out a way into the pen since they arrived. Maisie, the border collie, would be of equal threat but luckily hasn't worked out that the electric dog fence that usually keeps both dogs in the house yard has been down for a couple of weeks.

The cable is buried underground and the fault could be in a couple of places, so there's another fun job for Dan to sort out in the next couple of weeks.

Maisie now just stands at the boundary and barks like a maniac while Pepper does the canine equivalent of rolling her eyes at her pal's stupidity before taking off down the back paddock to eyeball the cows. 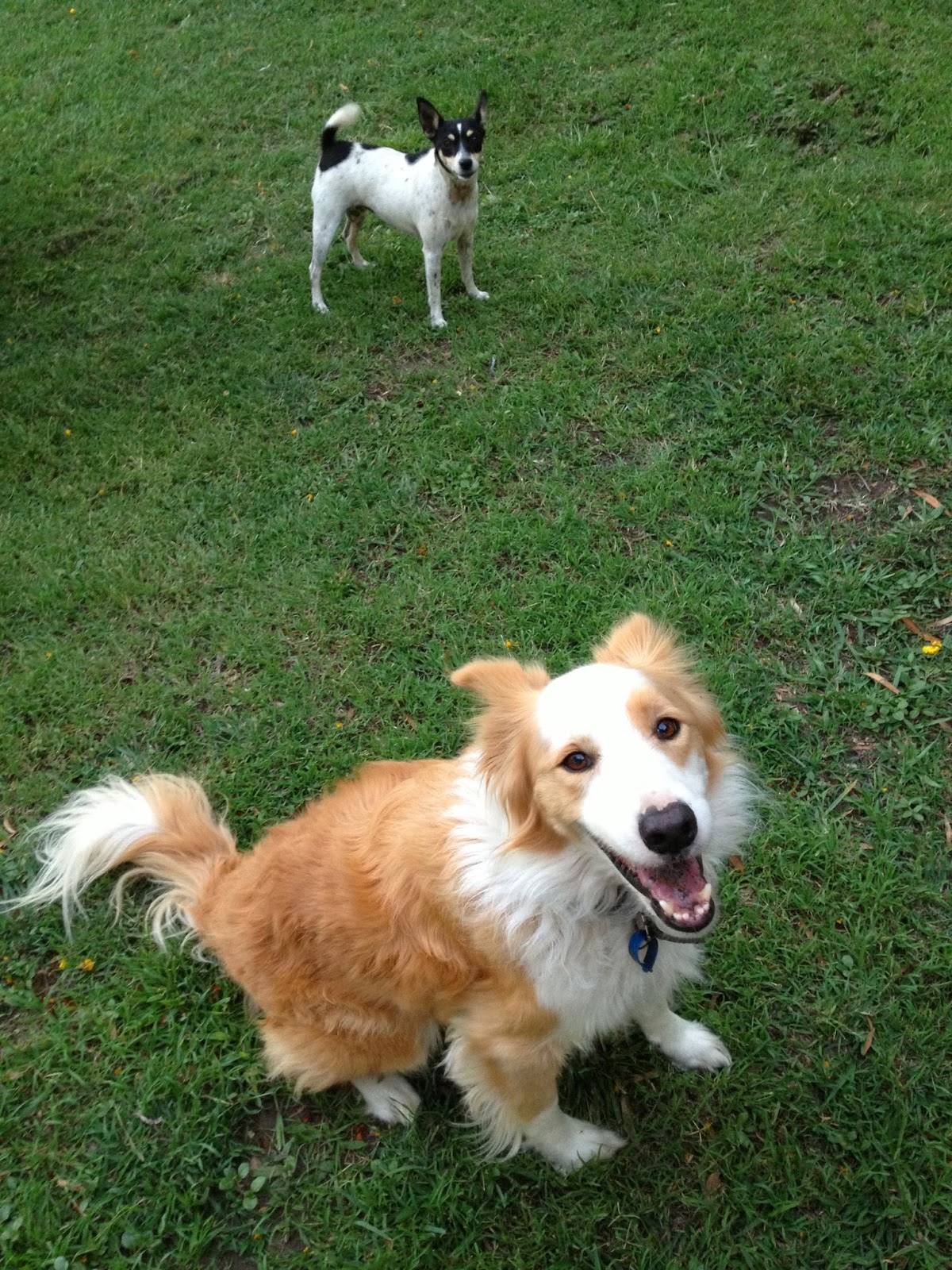 The sheep, whose sleeping quarters (do we have spoiled sheep or what?) are right next door to Eunice and Gloria, were mildly curious about their new neighbours at first, but I think it was more directed at their grain supply than the birds themselves. 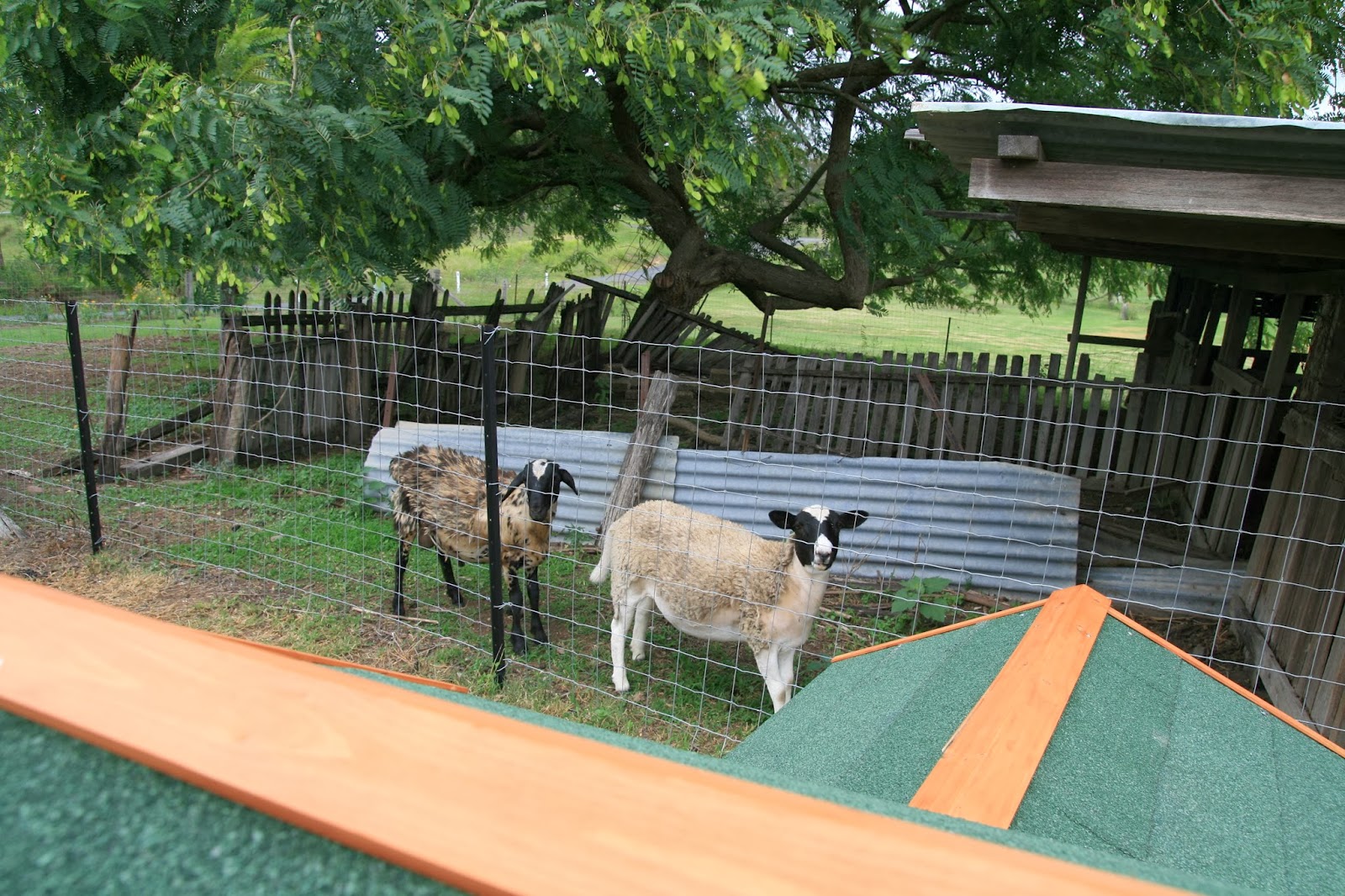 So basically, as long as Pepper doesn't find a way into that yard before Dan can fix the dog fence, they're one big happy animal family at the moment.

I'll keep my fingers crossed.
Posted by Unknown at 9:27 PM