A few overdue tasks got done around here on the weekend. Firstly, tree trimming,

Lu and I made an afternoon of it, settling in on the front lawn to watch the progress... 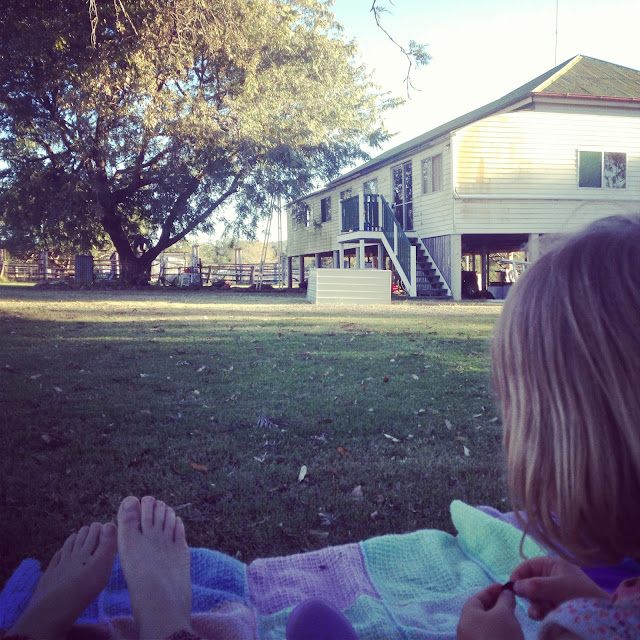 Unfortunately, the tree trimming achieved was pretty minimal - the mulcher wasn't working properly. It was put aside as a job for another day.

Meanwhile, the new kitchen window went in without a hitch. 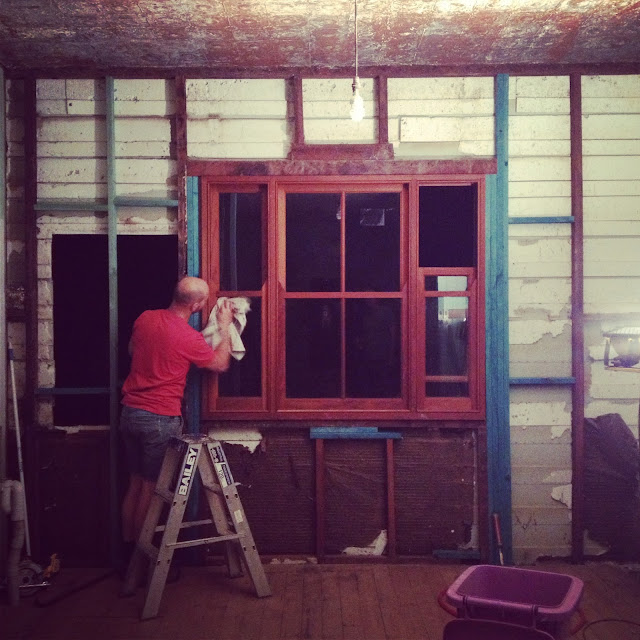 Here it is from the outside. You can see where the old aluminium cladding has been stuck back on by Dan - this'll have to do until we can bring in the new timber cladding. 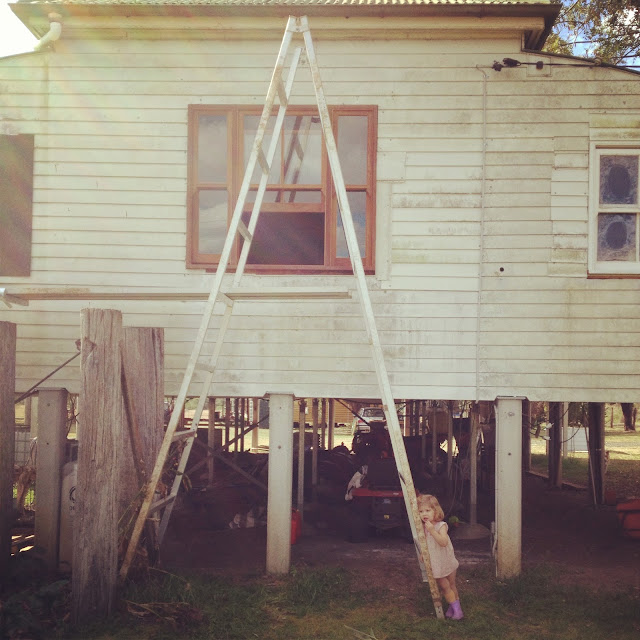 We also changed up our floor plan a little. Originally, we had been planning to move the verandah stairs and entrance to the middle of the house, as shown here.

But, we just couldn't work out how to fit everything we wanted into the living room and verandah if a large entrance came up in the middle of it all. We wanted to turn the living room into an open-plan living/dining room and there just isn't enough space under that plan.

So, we've decided to leave the stairs and front door off centre, where they are now. The 'hall' - now an open breezeway - will be incorporated into the living/dining room to give us enough space.

We won't have that symmetrical entrance so typical of old Queenslanders... 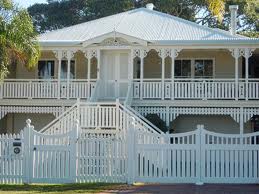 However, our house wasn't ever built to look like that. It's an L-shaped house and we believe now (this is my Mother's theory and makes a lot of sense) that the house may have been an old workers' cottage from around 1890-1900, moved to the site and extended on in the 1920s, when the pressed metal and glass features so typical of that era were added.

She was a bit of patchwork from the beginning, cobbled together to suit the needs of the postmaster's family.

She'll continue in that way to suit ours.
Posted by Unknown at 2:28 PM