Install in Haste, Re-Paint at Leisure

One of the things I like most about this renovation is how little waste there has been. The last place we renovated was a 1970s house in Brisbane and, the more you tried to repair it, the more you realised it basically had to be rebuilt from scratch.

Fibre cement sheets removed from the walls had to go to landfill and be replaced with new ones. The rotten chipboard kitchen and cabinets were the same. The framing holding the place up was cheap and flimsy and needed serious work - most of it also had to be thrown away and replaced.

It's a cliche, but houses of the era of this one were built to last. That means almost everything can be re-used, which means much less waste and expense for us.

In fact, we've had to buy some new timber flooring and the windows but there's been very little other expense in re-building this entire area.

The old VJs are now being put back onto the walls, ready to be sanded and painted. 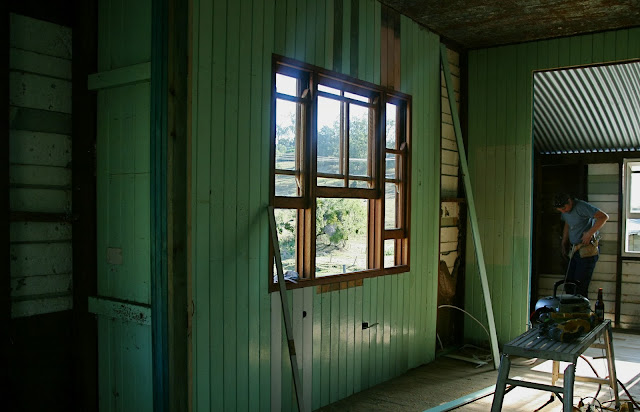 The French doors, one set pulled out from the wall that was removed and one picked up at a salvage yard, have been re-installed in their new homes.

And here-in lies a slight issue. When Dan bought the new set from the salvage yard, he thought they were the same size as the other French doors in the house.

Only, they're not. They're smaller. And it was only after they had been installed and I came up for an inspection that it was noticed.

And my exhausted husband, who's usually a perfectionist about such things, indicated to me that there was just no way on Earth they were being taken out again and I would have to learn to live with it.

You can see them in the middle here, looking a little... small. They're more intended to be used as windows than doors and will have curtains hung over them, so it probably won't be too noticeable. 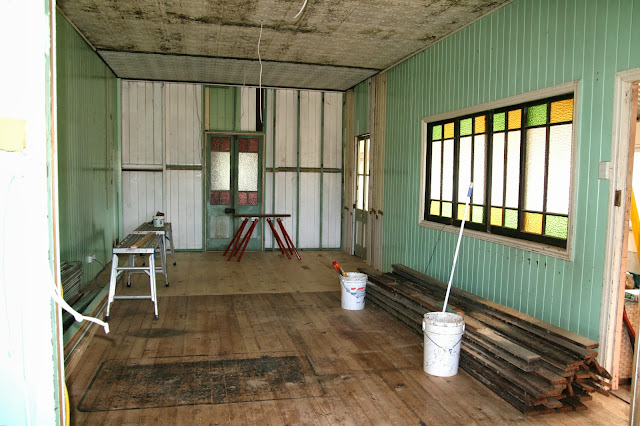 Dan now plans to finish lining the walls and work up to the next major job - sandblasting the pressed metal ceiling to remove the old lead paint in preparation for painting. 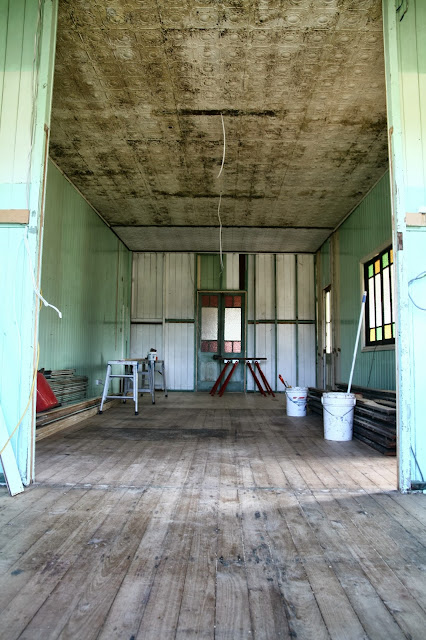