Today, we gained entry to the pantry. It was pretty awful. It was by far the worst room of the house, although technically and structurally it's just part of the built in veranda, which we've already established needs serious attention, so I suppose it wasn't really surprising.

We also noticed an interesting hole in the kitchen floor. The owner was quick to tell us not to worry, it was only a shotgun hole from where they'd shot the last snake to get into the kitchen.

No, of course that doesn't worry me, why would it?

Then, we discovered evidence of a chunk of land that had washed away in the 2011 floods. Again, nothing unexpected. There is a creek running through the property, we knew the water levels had run high then, but it will mean a load of rocks and fill to fix it and stabilise that section of riverbank. 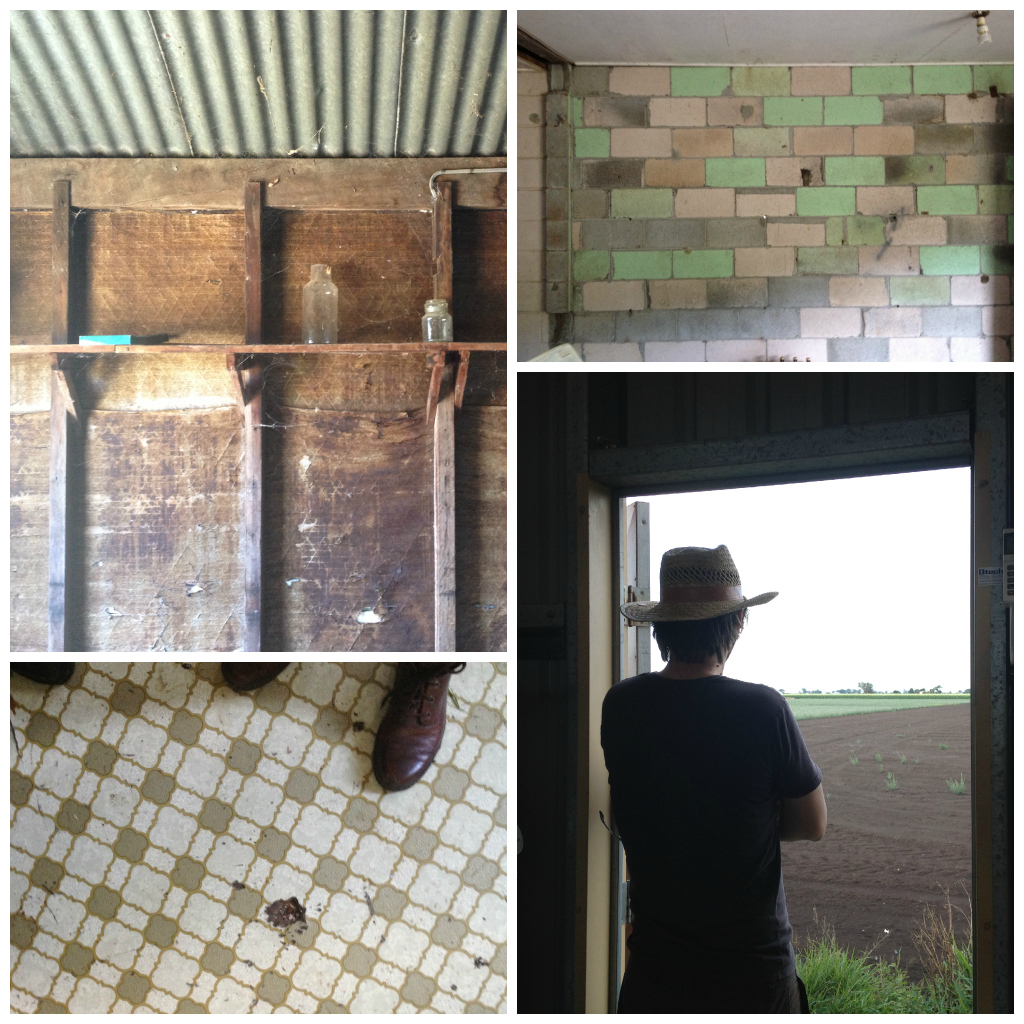 Dan, who has built and renovated more than a few houses in his time, seems very unphased by the work that needs to be done there. I'm trying to feel reassured by that. It's an achievable goal, it will just mean rolling up our sleeves and getting a lot of dirty work done for a while - and living pretty rough.

But, when I visualise it as we want it to look eventually- open verandas with all trims, a picket fenced lawn for Lucinda to play on, veggie gardens, a chicken run, a couple of farm animals, a couple of dogs, containers of herbs and flowers, a cottage for our guests - I know it's going to be worth it.

But for now, I need to go and pour a glass of wine to get the image of Kitchen Snake from my mind.
Posted by Unknown at 1:09 AM