A big thank you to everyone who has taken the time to send us messages of support over the last few days. We've read them all and appreciate all your words. It's great to know there are so many people out there who will be coming along for this ride with us - it'll make it much easier when the going gets rough and we start to question our sanity in making this move (which we know is inevitable, sooner or later).

We're back now from a weekend at the beach. Traditionally, when Dan and I have gone away for weekends, we've stayed in rented cottages, either with friends or just the two of us.

We tried it a couple of times after Lucinda was born but, honestly, I can't think of anything less relaxing than spending a weekend watching my toddler attempt to destroy someone's beautifully fitted-out accommodation.

We were given the opportunity to join a group who holiday in the caravan park on Bribie with their kids every summer and jumped at the chance.

It was fantastic. There was great facilities for kids, plenty of playmates around, the beach was across the road and we didn't have to worry about Lucinda wanting to do the things that kids do - no one cared. 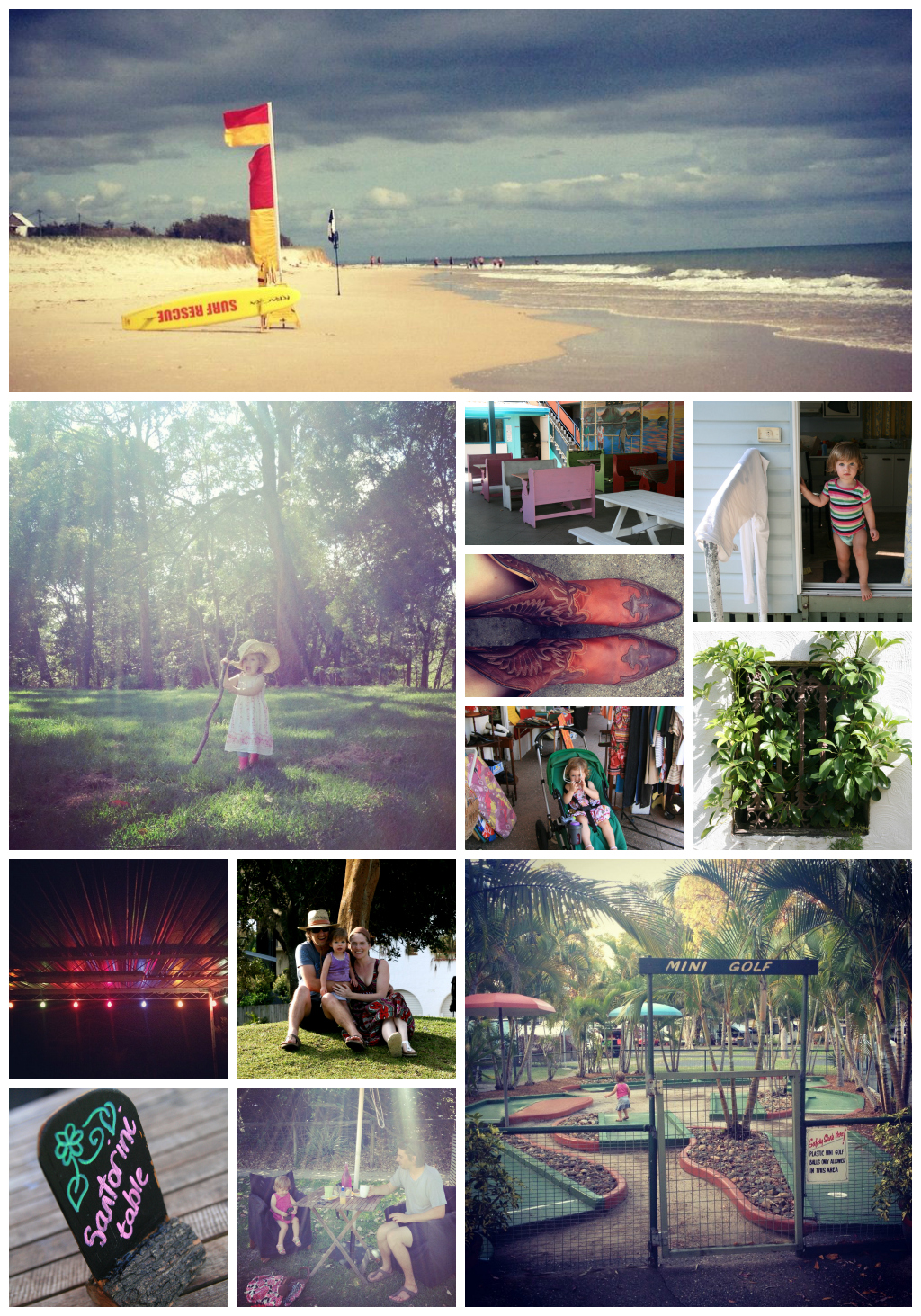 There was also plenty of op shops nearby, which Dan and I happily descended upon. We found a few things for the new house, including a beautiful old silky oak wardrobe and a set of enamel kitchen cannisters.

I also left with a beautiful pair of cowboy boots as an early Christmas present. It was love at first sight and I've barely taken them off since.

We're back in Brisbane now and looking at the chaos around us. There is SO MUCH packing and organising and sorting to do. Dan's outside now taking cuttings and potting the plants we want to take with us. There's a big pile of cartons in the corner, taunting me with their emptiness.

I suspect the time for procrastinating has passed and it's time to start packing.

Where has your weekend taken you?
Posted by Unknown at 8:48 PM