We've got a fairly expansive (and expensive) system planned to allay my fears of Lucinda strolling over to one and trying to pat it. Call me paranoid, but I'd rather not take chances and I don't want to keep her cooped up inside all day because I'm worried about what she'll find waiting out the back door.

Our first line of defence is to snake fence the entire house block, which includes both houses and the area where the herb gardens will be.

It's an expensive exercise but we've budgeted for it and it's pretty much priority number one as far as I'm concerned.


Having met a few people lately here in Queensland who've moved off acreage specifically because the snakes were too constant a problem, I think it'll be money well spent if we can at least keep them off the house block.


Our second line of defence is to get a couple of fox terriers to keep away vermin and hopefully raise a ruckus when they get through the snake fence (I say when, not if).

We already have one dog, a red and white border collie called Maisie. 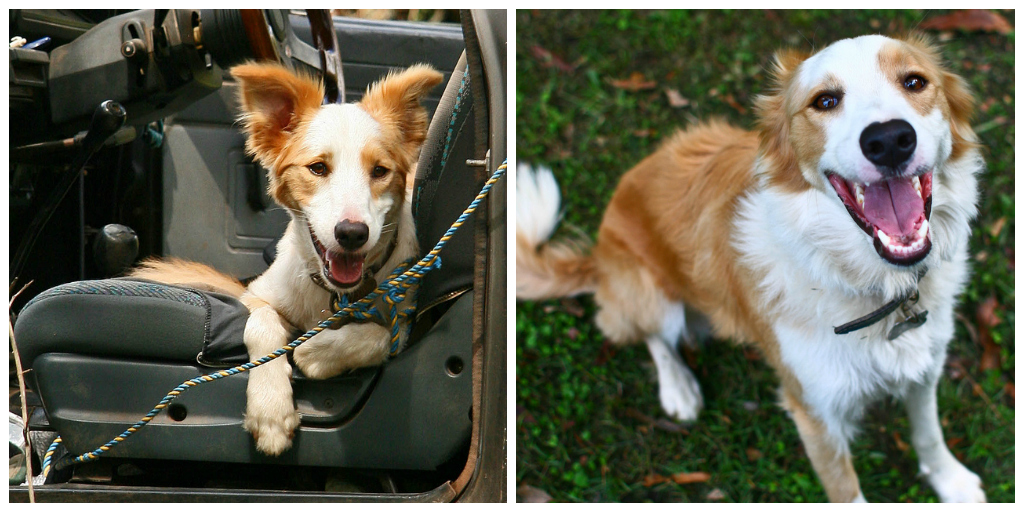 She's about as ferocious as she looks, which is not at all. Maisie spends most of her days trying to catch her shadow and chasing leaves. If she ever met a snake, she'd be a goner. Let's hope the new terriers watch her back for her.

Our third line of defence is a small fence around the main house, inside which will be turf for Lucinda to play on. This fence will also have snake mesh.

We've heard mixed reports about snake repellers. Some people seem to swear by them, others reckon they make no difference at all and some even say the vibrations attract snakes.

So, that's our grand plan. Sounds like overkill but if it helps me sleep a little easier at night then it's got to be worth it.

I'm very interested to hear from anyone else living on acreage (or snakerage, as Dan calls it) about how you manage snakes, particularly if you've got young kids.
Posted by Unknown at 6:30 PM